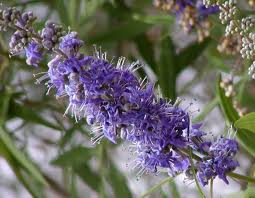 Chasteberry is the fruit of the chaste tree, a small shrub-like tree native to Central Asia and the Mediterranean region. The name is thought to come from a belief that the plant promoted chastity—it is reported that monks in the Middle Ages used chasteberry to decrease sexual desire.

How Chasteberry Is Used
The dried ripe chasteberry is used to prepare liquid extracts or solid extracts that are put into capsules and tablets.

Side Effects and Cautions
Chasteberry has not been associated with serious side effects. However, it can cause gastrointestinal problems, acne-like rashes, and dizziness.
Chasteberry may affect certain hormone levels. Women who are pregnant, or taking birth control pills or who have a hormone-sensitive condition (such as breast cancer) should not use chasteberry.
Because chasteberry may affect the dopamine system in the brain, people taking dopamine-related medications, such as certain antipsychotic drugs and Parkinson’s disease medications, should avoid using chasteberry.