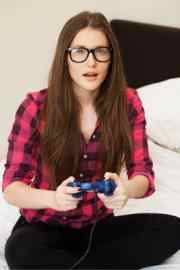 Did you receive a new video game console this holiday season and  you didn’t get the games you wanted and you aren’t really sure which games to get? Good news, I have played pretty much every game that came out this video game season, and have narrowed it down to my top 5 game picks of the season. 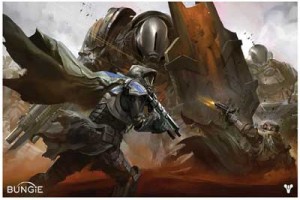 Destiny is a game that has garnered a lot of mixed feelings.  The story-line is not very well done and it requires an obscene amount of time to remain competitive.

Why is this game ending up on my recommendation list? It’s all about the gameplay. If you are a fan of first person shooters, the gameplay doesn't get much better than this.  Your guardian is given access to a multitude of unique and futuristic weapons, as well as the ability to fly (virtually) through the air, transforming what could be a standard run and gun game into a highly dynamic and unpredictable experience.  Imagine if Call of Duty and Halo had a gaming baby, Destiny would be their child.  Destiny also boasts some of the best graphics and the loading times between the action sequences is ridiculously fastest that are available for the Xbox One and the PS4.

If you have the perseverance to grind through the boring story, the end-game is really where the game begins.  Once you reach the max level of 20  and with some luck in picking up new gear along the way, you can begin to raid.  Raids take a step forward in terms of team coordination, giving this game a tactical experience that until now have only been reserved for games like World of Warcraft.  If you have the “Patience and Time” to get through this game it is well worth the effort. 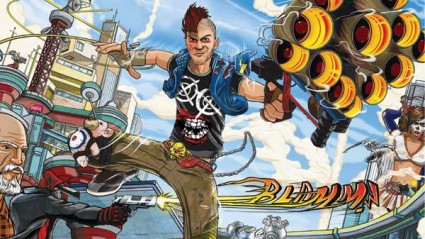 Sunset Overdrive is an experience that will either make you glad that you own an Xbox One or that will make you go out and get one.  This game is Tony Hawk Pro Skater on steroids, with rocket launchers that shoot exploding teddy bears.  The game starts out at a launch party for a new energy drink called Overdrive, and in video game fashion, the party ends with a bang as the energy drink turns everyone who drinks it into mindless monsters with an insatiable craving for Overdrive.  The open world is an incredible playground to grind around on, mixed with an amazing soundtrack; you will find it very hard to head to the objective because there is too much to do along the way.  The missions range from  forging a sword in a nuclear reactor to walking a murderous robotic dog.  The colorful cast of characters is hilarious and has been created to make the characters aware that they are in a video game, making the dialogue and pop culture references often laugh out loud funny.  This game is incredibly violent, and in my opinion one of the best games of the year. 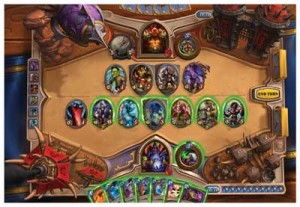 In my experience, I find that “free to play games” tend to cost me more money than traditionally priced games.  Hearthstone is a card game in the vein of Magic The Gathering, but more accessible and just as much strategy required.  You are eased into the game with a fun tutorial, that will teach you how the cards work and what the objective is, after that, you are on your own to build your own unique decks that you will use to rain down destruction on your adversaries.  The game can be played for free, but in order to get the cards needed to stay competitive it is much easier to spend a few dollars.  My dad and I are constantly trying to one up each other in this game, and currently I have the upper hand by far, he is getting better though.  This is a game that will challenge your mind above all else, after playing a few rounds of Hearthstone I feel like I have gotten my brain workout for the day.

Super Smash Bros. for Wii U

Odds are that if you are any kind of respectable video gamer, then you know what Super Smash Bros. is already.  Smash Bros. for the uninitiated is a gathering of all of Nintendo’s best characters fighting it out in intense hand to super hammer combat.  Staple characters like Mario, Link, and Pikachu return along with new characters to the franchise such as Mega Man, The Villager, and Pac-Man.  Each character has a very unique play style that for the first time in the series can be fully customized.  For the first time in this series, an online play mode has been added so you can test your skill against the people of the internet.  It is kind of discouraging, I thought of myself as a pretty menacing Smash player, but when I got online, I was quickly put in my place. This game is why you need to own a Wii U, Smash has never looked or played better than this. 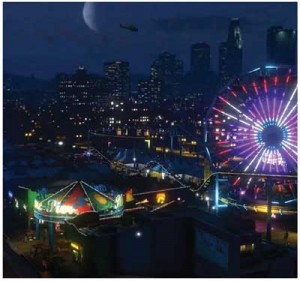 Grand Theft Auto is one of the biggest and most controversial gaming franchises available.  There are very few games that construct a full-fledged life like environment as they do in Grand Theft Auto.  Everything in this game is a direct parody of something in the real world.  Taking place in San Andreas, a fictional version of Los Angeles, which is immediately recognizable to anyone that has ever been there.  From the exotic cars on the road to the Santa Monica pier everything in the game makes it feel like you are in the actual city, but better because you can do just about anything,  some of which you would never really dream of doing, but after all  it’s just a game.  Stealing cars and robbing banks are all in a day’s work in San Andreas, and there are not any games that even come close to the visual fidelity of Grand Theft Auto.  The story is an incredible satire of Americans and provides a hilarious look at our society.  When not stealing cars you can do things like sky diving, scuba diving, play tennis, race cars, open businesses, do yoga, the shear amount of things that you can do in this game is endless and you will want to do all of these things at least once.  Grand Theft Auto games are usually a ‘must’ buy and Grand Theft Auto V is no different!