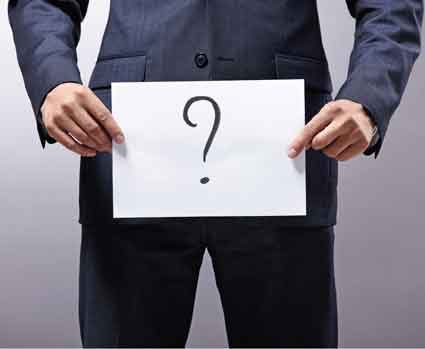 I’ve received a lot of questions over the past several weeks about whether or not a vasectomy affects a man’s sexual functioning or desire. There seems to be a bit of confusion about what exactly occurs during a vasectomy procedure, and how it may or may not impact one’s sex life.

So, this month I’ve put together a Q & A of the most common questions about sex and intimacy, post-vasectomy. One question I’m not able to answer is: Why have I been getting so many questions about vasectomies over the past several weeks? I’m not sure. Perhaps parents sending their youngest off to school inspires couples to have more frank discussions about family planning? That’s my best guess (I also considered the changing of the seasons or pumpkin carving…but those seemed a bit too eccentric).

Q: How long after a vasectomy until it’s “safe” to have sex?

A: With regard to physical healing, most doctors will recommend that you don’t have sexual intercourse for one to two weeks after the procedure. If you’re asking about sterility, it generally takes approximately two to three months before there are no longer sperm in the ejaculate, so birth control methods should continue to be used. Most urologists report that it typically takes 15-20 ejaculations to clear all remaining sperm out of the cut vas deferens (still connected to the urethra). According to Dr. Marc Goldstein, an internationally renowned urological surgeon, “80% of men will be sterile after 15 ejaculations or 6 weeks after a vasectomy. It is important to have a semen analysis at that point to confirm absence of live sperm before stopping contraception” (www.vasectomy.com). If sperm remains, doctors will typically have the patient come back for a semen analysis every couple of weeks, until the test results show zero sperm in the analysis.

Q: How does it affect ejaculation? Will anything come out?

A: The semen produced during ejaculation is comprised of sperm, fluid from the seminal vesicles and fluid from the prostate gland. A vasectomy only affects the sperm; which account for approximately 2-5% of all of the fluid released in a typical ejaculate. It is such a small percentage that it has little to no effect on the volume, color, or consistency of one’s ejaculate.

Q: What will happen during the procedure?
A: There are several vasectomy options, as different surgeons use different surgical techniques (e.g., Conventional, No-Scalpel, Laser, Open and Closed-ended, Vasclip implantations, etc.). I recommend researching the techniques and choosing the option that seems most comfortable for you. I also recommend spending some time to find the right surgeon. In general, you should look for a surgeon who has many years of experience and a very high success rate, with whichever technique you’re choosing.
The majority of the techniques will result in cutting, cauterizing and/or blocking the vas deferens (hence the term vasectomy). As you can see from the illustration below, the area where I’ve put arrows is where the surgical procedure will take place; on both the right and left sides (only one side is shown in the diagram). It is a minimally invasive surgery; and most vasectomies are completed within 10-15 minutes, using a local anesthetic.

Q: Will orgasms/ejaculating feel different afterwards?
A: No. There are rare exceptions to this; however, in those cases there is typically a complication which has occurred and needs further medical attention. In general, research studies have found that post-vasectomy, men’s sexual desire, sexual pleasure, and sexual functioning (i.e., erectile function) are all just as robust as they were before the vasectomy. In fact, some men have reported increased feelings of sexual satisfaction in cases where they were previously experiencing anxiety or worry around getting their partner pregnant.
Moreover, if one’s partner was experiencing symptoms of anxiety around the possibility of pregnancy, she may notice an increase in sexual desire and sexual pleasure post-vasectomy, as she will no longer have those preoccupations during sexual activity.