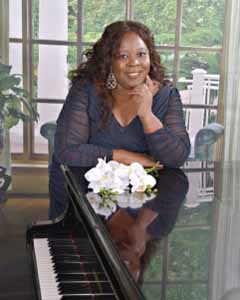 My name is Melisa Wilson and I am 38 years old. I have been married to my best friend for 15 years, Joshua. Together we have a wonderful 4 year old son, who is a miracle. In late 2011, our son was born premature at 23 weeks, weighing just 1.4 lbs. and only 11 inches long. The hospital would be his home for the next four almost five months. When he finally came home, he weighed 6 lbs. 6 ounces. He continues to do remarkabley well; thanks to prayers, lots of love, outstanding medical care and extremely supportive family and friends.

We thought the drama was behind us for this lifetime, when on Saturday, February 16, 2014; I discovered a lump in my left breast. I thought it was likely a blocked or hardened milk duct. Despite having a premature child, I was able to produce ample breast milk and it took a long time for my supply to dry up. My husband insisted that I get checked out right away. On Monday, I called my OB/GYN and was reassured that it could indeed be a blocked duct but as a precaution, he thought it best to run a few tests to be on the safe side.

Being a part of the healthcare community, as a cardiology nurse practitioner, I have seen patients go through similar experiences that end up being nothing, and I was not expecting any alarming news either. Moving forward I had a breast ultrasound and mammogram, which I had never had prior and while it is not the best feeling in the world to have your breast squished like a pancake for a mammogram, the discomfort was temporary and not bad at all. Following testing I was greeted by the radiologist who decided to take a few more images. Once having viewed the new images, there was an abnormal mass and the radiologist recommended that I have a breast biopsy. At that point, I still did not feel concerned or up set in any way and remained quite calm. There was no significant family history of breast cancer, uterine cancer, or prostate cancer, and based on that knowledge I assumed the biopsy would be fine.

The biopsy was performed a few days later and the radiologist suggested I come back the next day for the results. He also stated that no matter what the results were, he would recommend having the mass removed. I will always remember the technician saying, “Hum he usually does not have people come back in that fast.” Still in spite of that seemingly negative and suggestive comment, I was still feeling confident that the results would be normal.

The next day my husband and I went to see the radiologist and I heard the dreaded words, “I am sorry Mrs. Wilson. You have breast cancer.” I immediately cried and stated, “But my son is two”. The doctor told me I needed to see an oncologist and a surgeon. What a range emotions I was feeling, but most of all I felt stunned and just wanted to wake up from what had to be a bad dream. How could this be? I can’t have cancer! Being a religious person, I couldn’t help question why God would have given us the precious gift of our son and then take me away from him?

From that point, everything moved quickly. I saw the oncologist in just 2 days. She was exceptionally compassionate and educated both my husband and me about the various types of breast cancer. She then proceeded to explain that I was HER2 positive, estrogen, and progesterone negative. While this is an aggressive type of breast cancer, it is one that has targeted therapy, which meant that medications existed to target those cells. I have to be honest while I heard everything she said, I was still in shock and denial and didn’t absorb everything. My husband spent time researching breast cancer treatment options and in a day sounded like an expert himself. At doctor’s visits, he asked all the right questions, while I remained withdrawn and silent, with the exception of non-stop crying. I would advise anyone going through this kind of diagnosis… never go to your appointments alone especially not at first. Following the visit, my nurse came in to the room and provided me with a binder to help keep the information collected organized. She had handouts of all my therapies; she described how the medications worked, the side effects, and how I would manage them. Having this information paid off and soon became my survival guide. She also provided support group information, helpful resources, and suggestions regarding nutrition. Additionally, she provided me with ways to organize the billing along the way. When the bills began, rolling in however the most valuable information I discovered, was on my own which was patient assistance programs, and co-pay cards for medications. Following that first appointment, I continued to have tests, lots of tests, PET scans to look for other areas in my body that the cancer could be, breast MRI (which I did not like very much as it was uncomfortable), numerous lab tests, and a surgery to have a port put into place. Returning to the doctor following all of the testing I was told that I had Stage II breast cancer. In just two weeks after my discovering the lump, I was starting chemotherapy. I also chose to participate in a research trial which meant additional appointments and tests associated with the research. I wanted to help others who might find themselves on the same journey.

Motivation had to come from within. Inspiration was easy. I thought if my son could have so much fight in him at such a young age, then I too could fight. Every time I looked at him, I knew I had to press my way through it all. I had to do it for him, my husband, my family, and myself. A week after my first round of chemotherapy, I was back to work, going through the motions. I kept my diagnosis a secret from many for a while and tried to pretend everything was normal. I had some days that I just cried and cried. I never wanted anyone to pity me or make negative comments.

One day a dear friend told me it would be easier to share and that more people would say positive things than those that would be negative. Another friend who is also, a breast cancer survivor said for every person you tell that is one more prayer going up. These words made the journey easier and they held true. Some days I am angry even now nearly three years after my diagnosis. I am mad at my body for offending me. I chose to get a double mastectomy and I have had full reconstruction surgery. It was a difficult decision to make but having a double mastectomy has given me peace of mind.

One friend told me that I am a survivor. In fact, he said, Melisa you are a survivor instructor! That boosted my confidence and I thought yes I am a survivor and I can show and educate others to help them survive their diagnosis too. One of my co-workers, who did not learn of my diagnosis until about six months later, said to me “I had no idea you had cancer. I had no idea of what you were going through. I really had no way of knowing. You always smile; you always helped so many people. You have so much grace. If I ever get diagnosed with cancer, I hope I can be as strong and inspiring as you have been. I would come to you. You showed me that you can live with cancer.” Her words provided me with purpose.
Throughout over a year of treatments, I had my down moments. All of the tests, appointments, and surgeries felt overwhelming. I had become exhausted physically, emotionally, and financially. I just wanted to get through everything and regain my normal life. It took about a year for me to accept that this was my new normal. It took a long time to realize that I needed to start focusing on me and getting better and not just surviving. My husband wiped away a lot of tears and now continues to tell me every day that I beautiful. He never wavered in his confidence, in me or in us that we would together beat cancer. My experience taught me to be a better mom, wife, daughter, sister, cousin, and friend. I have shared my journey with some of my patients so they would know that I could relate to them.

I know what the dark days are like, but joy really does come in the morning."
Melisa Wilson is the oldest of three children. She is married with one child. A NICU graduate, a cancer survivor, and a cardiology nurse practitioner specializing in the field of pulmonary hypertension. When, Melisa is not working, she enjoys spending time with her family, traveling, and visiting theme parks.