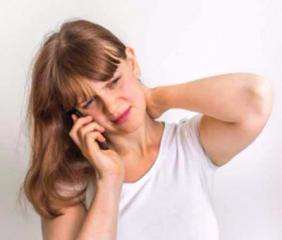 Let’s face it. Looking up at the sparkling night sky simply can’t compete with the magnetic draw of looking down at your smartphone. Handheld devices have become so much a part of our lives they may soon be sandwiched somewhere between food and shelter as top human necessities. Unfortunately, there are many negative health consequences resulting from this excessive act of bowing one’s head, especially when it comes to those most addicted: teenagers!
If you fear I am going to declare that everybody needs to stop using smartphones, I will provide an answer in the exotic language of the common American teen: “Seriously? Why are you being SOOO mean? STOP!!! You don’t get it! Leave ME alone... don’t talk to me!” (Followed by the distinct sound of a bedroom door slamming shut.) Two minutes later, “what’s for dinner?”

Putting aside the negative effects of smartphone use on the eyes, risks of electromagnetic radiation exposure, wrist and hand repetitive stress injuries, inattentive driving hazards, and a multitude of other issues, this article will focus on posture.
The human neck is designed to move in many directions. Without the eyes of a chameleon, a deer’s acute sense of smell, or the stink of a skunk, our survival depends on having a flexible neck placed high on an upright body. It allows us to see threats, even if we can’t yet smell or hear them coming. Here’s the catch—although our necks can move into extreme positions, problems arise if they are held in one place for too long.
Your head is supposed to be balancing act, not a strongman’s show. In the neutral upright position, your neck has no trouble holding the 10-12 pound average weight of a human head. Looking down by just 15 degrees causes a relative increase of that weight to about 27 pounds. The angle of staring at a smartphone is typically around 45 degrees, which increases the relative weight of your head to 50 pounds (or that of 5 gallons of milk). Holding that weight for extended periods of time results in a horrible strain, pain, and various consequences of bad posture ranging from headaches and tingling/numbness in the arms or hands to a higher risk of death.

The primary postural breakdown contributed by smartphone use is called hyperkyphosis. It is represented by an abnormal exaggeration of the mid and upper back curvature which is often accompanied by a forward displacement or jutting of the head. This does not only cause an unwanted change in appearance, but many negative health effects recognized in the scientific literature:
According to the American Journal of Pain Management: Posture affects and moderates every physiologic function from breathing to hormonal production. Spinal pain, headache, mood, blood pressure, pulse and lung capacity are among the functions most easily influenced by posture.

Research published in the Journal of the American Geriatrics Society revealed that: People with a hyperkyphotic posture had an increased rate of death due to atherosclerosis (clogging of the arteries due to fatty plaque formations).
A study published in 2009 in the Annals of Internal Medicine concluded that: For older women, hyperkyphosis predicts an increased risk of a shortened lifespan.
If you’re thinking, “Not me, I don’t look at my phone that much!” I have just one question: how many times have you checked your phone while reading this article?
When seeking to alleviate headaches, neck pain, and problems in arms, wrists and hands caused by phone use, consider the risks involved with popping pills. The use of common pain relievers such as Non-aspirin Nonsteroidal Anti-inflammatory Drugs (NSAIDs) comes with these warnings posted by the U.S. Food and Drug Administration (FDA):
“As with all drugs, there is the potential for an allergic reaction to NSAIDs. Symptoms might include hives, facial swelling, wheezing and skin rash.”
“There is the potential for gastrointestinal bleeding (bleeding in the stomach or elsewhere in the digestive tract) associated with all NSAIDs. The risk of bleeding is low for people who use NSAIDs intermittently. The risk of stomach problems goes up for people who take them every day or regularly.”
“In addition, using all NSAIDs, except for aspirin, increases the risk of heart attack or stroke. These serious side effects can occur as early as the first few weeks of using an NSAID, and the risk might rise the longer people take non-aspirin NSAIDs.”

Below are some simple self-tests you can do to determine if your smartphone is getting the best of your health, and help identify the presence of postural breakdowns:

While standing, notice if the weight is felt greater over the balls of the feet or heels (it should be felt equally from front to back).
Take a standing picture from the side or have a friend look to determine if your ear is forward from the center of your shoulder. Are your shoulders rounded?
Does your picture or friend notice rounding or a hump at the base of your neck and/or upper back.
Is it tiring and take a conscious effort to stand up straight?

Do you suffer from recurring tension or pain in the base of your skull, shoulder(s) and/or neck?

I frequently see teenagers (and people of all ages) who suffer from problems caused by postural breakdowns brought on by digital device use. Because of the focus in chiropractic on alignment and posture and its effect on spine and nerve function, it is natural that so many people now seek care. Headaches, neck and back pain, fatigue and upper extremity issues are common problems that resolve during chiropractic care. In a time when staring at screens occupies more of your life, it would be wise to consider periodic chiropractic check-ups (even if no crisis yet exists). Just like teeth, the spine needs to be maintained and kept in top form. This recommendation can’t be emphasized enough during the years when your child is still growing.

Let’s face it, smartphones are here to stay. Besides trying to be conscientious and limiting the time gazing down at your phone, you must engage in regular damage control. Below is a list of actions that can help you mitigate the effects of smartphone use and avoid the many risks associated with drugs:

Again, see a chiropractor for regular check-ups, especially if you are already experiencing any tension or other symptom. Ask to schedule with the massage therapist as well.

You and the teenagers in your life are facing new dangers brought on by that sleek, shiny, irresistible, glass-covered connection with the world. By recognizing the seriousness of the harmful postural changes caused by smartphone use, you can take actions to prevent much unnecessary suffering. All I have left to say is, “Seriously, really, really... no I didn’t read it on Pinterest, but I know what I’m talking about!” Emoji thumbs up, clapping hands and smiley face. And if your teenager does not want to hear it, slide this article under his or her bedroom door and make a run for it.