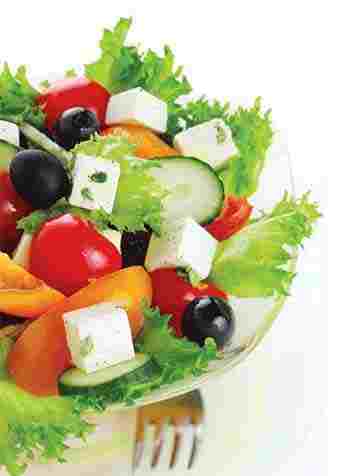 In our present era where the public is bombarded with Fad Diets and costly vitamin supplements the facts belie the sobering reality.
A staggering 75% of Americans are now overweight or obese. The incidence of Cardiovascular Disease, Diabetes and Cancer are rampant.

95% of all individuals who embark on any Diet Program, fail to sustain weight loss within 1 year. Furthermore, there is negligible data that the billion dollar vitamin and supplement industry offers anything more than illusions and wasteful spending
Our present public health epidemic calls for serious and prompt measures by The Health Care System, physicians and most importantly, patients themselves. A reasonable initial start is creating and adopting a healthy dietary lifestyle that is sustainable and will endure. This is in contrast to a formal " Diet ". In the past year, we have seen a marked resurgence and up-tick in public interest of The Mediterranean Diet. This appears to have several stimuli. The explosive obsession and marketing of anti-oxidants accompanied by 2 robust and impressive studies published in The New England Journal of Medicine '.
The term " Mediterranean Diet " initially came into formality in the late 60's with the completion of the first landmark epidemiologic study looking for a correlation between diet and cardiovascular disease: " Seven Countries Study ". The lead investigator, Dr. Ancel Keys, systematically examined the relationship between diet and cardiovascular disease in several representative populations from different regions of the world.
The results revealed that inhabitants of countries along the Mediterranean basin, particularly the island of Crete, had the lowest rates of cardiovascular disease and the longest life expectancy. This spurned a critical examination of the components of each population's diet as well as their lifestyles
In 2001, The Lyon Heart Study was published which actually randomized individuals with known coronary artery disease to a " Mediterranean Style Diet " vs. The American Heart Association (AHA) Step I dietary guidelines. The results were both confirmatory and most impressive. The individuals assigned to the " Mediterranean Diet " had a 50-70% lower risk of cardiovascular events compared to the AHA diet. This degree of risk reduction far exceeded expectations. In fact, the risk reduction was significantly greater than was seen in all of the " Statin Trials " !
So what are the typical components of a Mediterranean Diet ?
Seafood twice a week ( rich in Omega-3 Fatty Acids )
Daily fresh fruits and vegetables, particularly legumes and beans
High Fiber Grains
Almost exclusive use of Olive oil or Canola oil
Almonds and Walnuts
Modest daily alcohol intake. Usually 1-2 glasses of wine
Modest intake of Red Meat
Low intake of Dairy Products.
Very low intake of Saturated Fats and Trans-Fatty Acids
Very low intake of simple carbohydrates and refined sugars
In summary, this diet was intrinsically comprised the highest concentration and most potent sources of essential vitamins, minerals, anti-oxidants and Omega-3 Fatty Acids while limiting the most atherogenic substances; toxic fats and sugars with high glycemic indices. Fruits and vegetables have long been known to be the most potent source of anti-oxidants as well as rich in essential nutrients.
Pure Virgin Olive Oil is the single most potent anti-oxidant per unit of concentration that exists in nature. The collective properties constitute a systemic anti-inflammatory effect on both an intracellular and extracellular level. In contrast, trans-fatty acids, saturated fats and high fructose corn syrup ( the principal sweetener in soft drinks, baked goods and processed foods ) are highly toxic to the arterial wall and thus very atherogenic.
The debate regarding the incomplete understanding of how all of these factors exert their beneficial effects will certainly continue as will the scientific inquiry. Nutrition is complex and to isolate and champion a " magic bullet " , while seductive is rather naïve and frankly irresponsible. There has been no clinical evidence to date that has demonstrated efficacy and outcomes data by any of the myriad of mind-bending products that are touted as cure-alls for anything and everything that ails us. The soundest position at this point is to embrace the value of the whole package and the likely interplay among the various components of The Mediterranean Diet. A return to fundamental basics, which are the cornerstone of a Mediterranean style diet will serve most people quit well.
There of course is no doubt that many other factors play a significant role such as family unit, lifestyle, daily activity and stress relief. Therefore, enjoy your meals with family and friends, walk daily and take time to relax. Your quality of life will improve and your likelihood of Coronary Disease, Diabetes, Cancer and Depression will diminish. What was true 2500 years ago is still true today.
" Let food be thy medicine and medicine be thy food "
Hippocrates

Dr. Moutsatsos is an accomplished cardiologist, practicing in New Castle County for over 10 years. Completing his cardiovascular fellowship at Georgetown University Hospital and is the founder of Westover Cardiology, LLC.
During his extensive training, he pursued his research interest in atherosclerosis and the oxidation of LDL at The National Institutes of Health having authored numerous papers and abstracts.
Dr. Moutsatsos was just elected to The Board of Governors of The American College of Cardiology and is currently President-elect of The Delaware Chapter of The ACC.