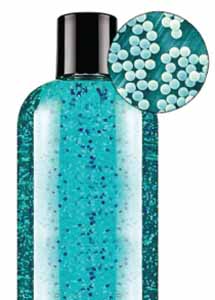 Tiny bits of “microplastics” that wash into the Bay may endanger aquatic life in the estuary and its tributaries,but more research is needed to better understand the threat, according to a report from scientists and policy makers released in mid-April.
Although federal legislation was approved in December that addresses a portion of the issue, the report from the Chesapeake Bay Scientific and Technical Advisory Committee said the law did not eliminate the need to find new ways to reduce microplastic pollution and recommended additional legislation to address the issue, which is of growing concern for waterways around the globe.
Microplastics — pieces of synthetic polymers smaller than 5 millimeters — are found in water bodies everywhere, with more than 5 trillion pieces of plastic floating at or near the ocean surface, according to a recent estimate. Researchers have found the plastic bits in the Chesapeake Bay and its tributaries. Plastics have been found in shellfish, fish, sea salt — and even in beer.
Microplastics come from larger plastic items, like bottles, bags and packaging, that end up in water bodies and gradually break down into smaller and smaller pieces. There are also microbeads, manufactured tiny spheres of plastic measuring less than the width of a human hair that are widely used in commercial cleansers and personal care products like facial scrubs.
Aquatic organisms can ingest microplastics from the water column or bottom sediments, or by eating other organisms lower on the food chain that have consumed them. Substances that make up plastic or additives, like flame retardants, may be toxic to organisms — and microplastics also can adsorb toxins from the water or serve as carriers of pathogens, including Vibrio. In aquatic worms, plastics cause weight loss and stress. Plastics cross membranes in fish and cause inflammation, altered behavior and changes in genes. Plastics have been found in one in four fish in the marketplace.

A technical review panel was convened by STAC to review the issue at the request of the Chesapeake Bay Commission, an advisory body of legislators from Maryland, Virginia, and Pennsylvania to inform microbead legislation that the commission was promoting in those three states.
“This report is a synthesis of the best available science, and it points to research and data gaps that will help us understand impacts on the Bay and inform policy and legislation,” says Lisa Wainger, a researcher at the University of Maryland Center for Environmental Science and STAC chair. The panel concluded “the probability of risk is high,” and called for “stopping persistent microplastics at the source.”
While more research is needed to fully understand the cumulative impacts on the Bay ecosystem, Wainger says, “It’s important to reduce the stresses that are controllable in order to increase capacity to be resilient to threats that are less controllable, like climate change.”
President Obama in December signed the Microbead-Free Waters Act of 2015. The legislation bans by 2018 the use of microbeads in rinse-off cosmetics and toothpaste. But the legislation does not cover microbeads in other personal care products, such as makeup, deodorants, lotions or sunscreens. Ann Swanson, executive director of the commission, says that “most people don’t understand what a tiny subset of microbeads [the federal law addresses]. And that microbeads only represent one percent of the microplastics out there.”
The STAC report says that federal regulations should be improved by addressing all microbeads, not just “rinse-off” personal care products. To develop effective legislation better definitions of polymers, plastics, and especially biodegradation, are needed, Swanson says, adding “We need to encourage innovation that includes truly biodegradable alternatives.”
Most of the plastic that ends up in marine and estuarine waters comes from land-based sources — from littering and poor waste management practices — and is often conveyed by stormwater. The smallest microplastics slip through waste treatment plants into the discharge, while the larger ones are removed along with other solids. But the runoff of biosolids applied to agricultural fields provides another pathway for microplastics and microbeads to enter streams.

Chelsea Rochman, a marine biologist with the University of California, Davis, and part of the STAC expert panel, has joined other scientists who want plastic waste classified as “hazardous” by governments around the world. Plastic debris is associated with a “cocktail of contaminants,” she explains, made up of chemical ingredients in the plastic as well as pollutants that attach or “sorb” to the plastic in the environment. The mix includes 78 percent of the chemicals listed as “priority pollutants” by the Environmental Protection Agency.
The study also calls attention to microfibers, the tiny strands of synthetic fibers frequently used in making clothing. Microfibers have the potential to become an even larger issue than microbeads, according to Kirk Havens, marine debris researcher at the Virginia Institute of Marine Science and former STAC chair. “Every time you wash your polyester clothes, hundreds or thousands of microfibers enter the wash water, and the physiological damage to organisms from this source is unclear,” he said.
Though the STAC panel has officially delivered its findings, members plan to continue to study the impacts of plastics in the Chesapeake Bay. The toxics contaminants goal of the 2014 Chesapeake Bay Watershed Agreement specifies the need to understand and control the impacts from “contaminants of emerging and widespread concern.” Microplastics fit that description, says Swanson of the Bay commission.

STAC publication 16-002, “Technical Review of Microbeads/Microplastics in the Chesapeake Bay,” is available at www.chesapeake.org/pubs/352_Wardrop2016.pdf.

Bay Journal reporter Leslie Middleton writes about water quality, public access, and the special places of the Chesapeake Bay region from her home in Charlottesville, Virginia.